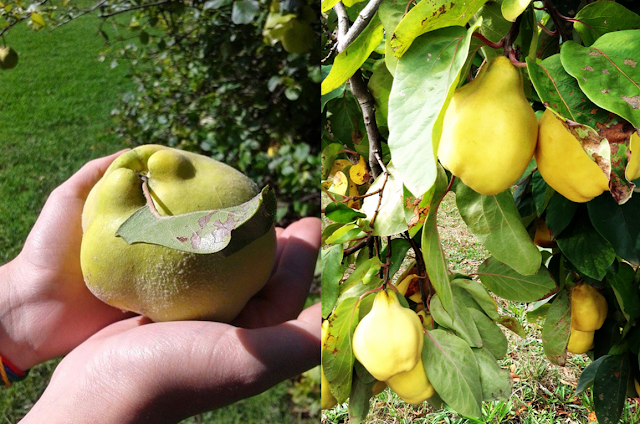 The quince, also known as mela cotogna is a fruit related to the apple and pear and ripens in mid to late autumn.  It was highly prized by ancient civilizations and known as the ancient apple - introduced in Italy by the Romans and Greeks who enjoyed eating it raw with honey.   The quince featured prominently on many of the Pompeii frescoes which date back to (circa) 80 BC.  It is also believed that the apple that Adam ate when he visited Eve in the forbidden garden was the quince.

The fruit is high in vitamins and minerals and considered an antioxidant. I have come across two varies - one shaped like an apple and the other more like a pear.  They vary slightly in texture and flavour when cooked.  Due to its astringent and hard flesh, it is usually cooked with sugar.  The flesh of the fruit turns a deep orange after a long cooking time and breaks down to a pulp. It is high in pectin and great for making jams and jellies. It is also used in savoury dishes and makes a great accompaniment to roast pork.

Mamma would prepare the fruit by peeling it first, slicing and adding a drizzle of vin cotto, then roasting it in the oven. The caramelised pieces would then be served with ice-cream or added to a tart base which we call crostata di cotogne. Its most common use as a sweet dish would be in the form of a spoon desert or jam / paste known as cotognata in Italian and membrillo in Spanish. It makes a great accompaniment to cheese such as brie, blue vein or a hard cheese like pecorino pepato. Papa` loves it baked and drizzled with vin cotto. 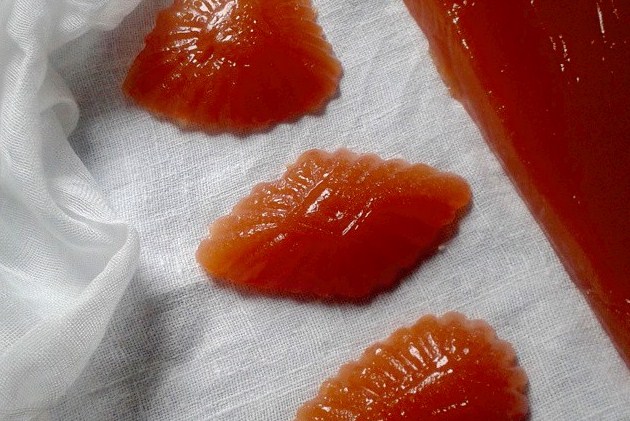 Some recipes suggest peeling the quinces, but I like to just wash and place in a pan whole covered in water. It is easier to peel them once they are cooked. I also add lemon slices for added flavour.

Boil and cook until tender, drain and allow to cool.  Peel, remove the core and puree the pulp.

Weigh the puree and add equal weight of sugar.  Add lemon quarters, mix and cook to the desired thickness and colour. Frequent mixing is required to avoid it from sticking to the pot.  The longer you cook it the thicker and darker it becomes.  If you want a jam consistency then it will require less cooking.  I allow it to cook for 1 hour for jam or 2 hours for quince paste.

The jam can be stored in sterilized jars or if jelly consistency is required, in a mould. Wet the moulds with cold water, pour the contents and let it sit to dry overnight. Remove from moulds and cut into desired shapes using cookie cutters.  If you like you can cover the cut shapes with sugar ready for serving or allow these to further air dry before storing between grease proof paper.

My mother in law would use her formine (clay moulds) from Sicily for shaping the cotognata which adds character to the finished product.  Nowadays moulds made of silicon work just as well providing interesting shapes and varied sizes.


I hope you enjoy making cotognata! You will notice many more recipes posted over time using the quince fruit or the quince paste as it is one of our family favourite. 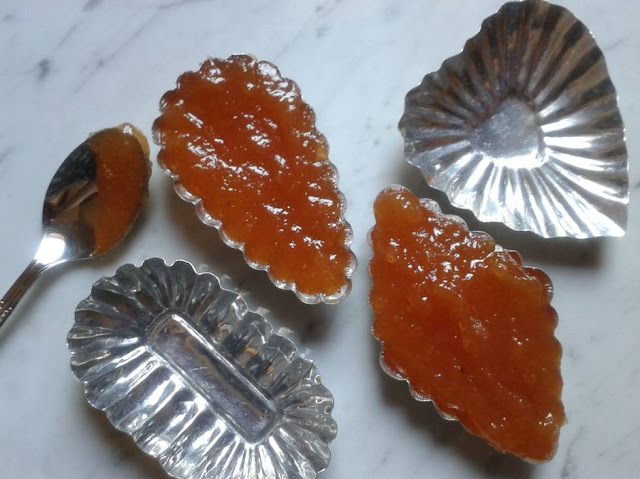 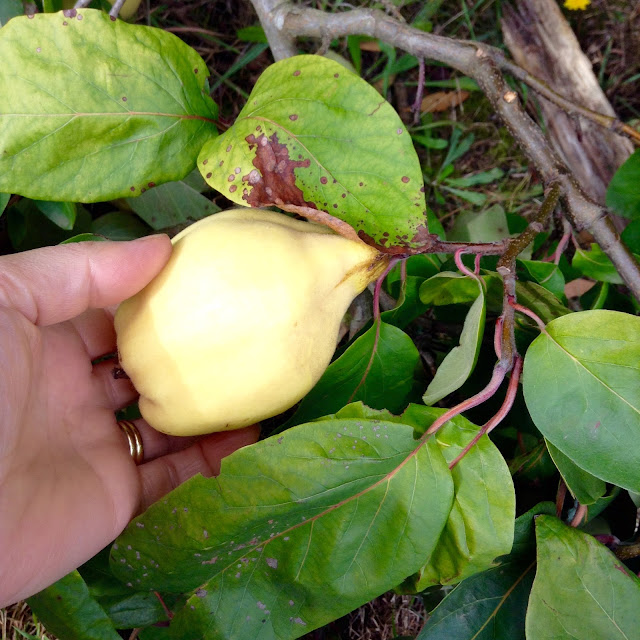