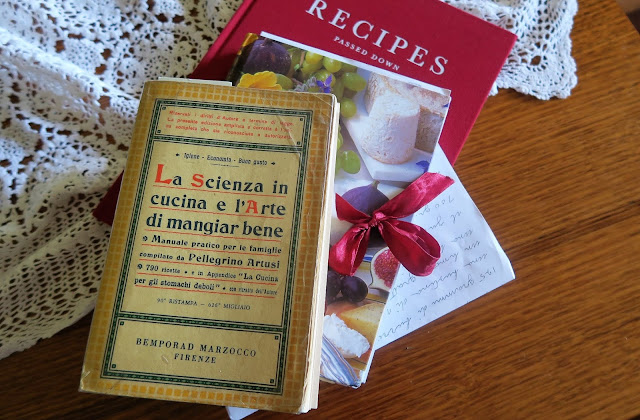 I had the pleasure of viewing 'Italy Unpacked', the BBC Series which was broadcast last night for the first time.  It is a series about Italian art and cooking - what two better visual delights can you have coming together than this!

Andrew Graham - Dixon a historian and chef Giorgio Locatelli both from the UK explore the country's history, culture, food and of course the beautiful landscape.  In this episode they visited the regions of Emilia - Romagna, Lombardy and Piedmont - where I was born.

This post is by no means a review of the program, but I must say I was delighted to have watched it for its visual beauty and the nostalgic link to my birth country. What made it even more exciting was hearing about the very first cook book written in Italy around the 1800's - La Scienza in Cucina e L'Arte di Mangiar Bene, written by Pellegrino Artusi, which translates as The Science of Cooking and the Art of Eating Well. 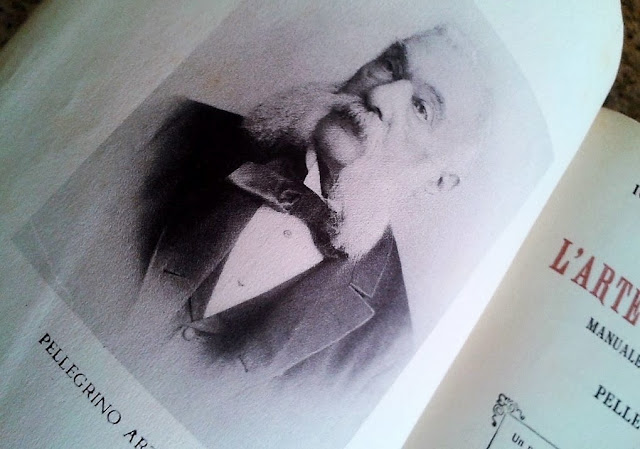 Artusi was an Italian banker and businessman, but his passion lay in literature and the art of cooking.  It is said that he wrote this book two decades after the unification of Italy.   He was the first to include recipes from the different regions of Italy in a single cookbook.  Artusi was credited with establishing a truly national Italian cuisine for the first time.  The book is a best seller in Italy and is filled with amusing anecdotes as well as recipes.  Every recipe was a result of his trials and experiments.

Now for the amazing, and exciting information (for me that is)!  Little did I know that my parents have a copy of this book (1968 edition) in their possession.  I have now acquired this book with all 790 recipes and will endeavour to read each one hoping to trial a few!  There is also a section titled La Cucina per gli Stomachi Deboli - Cooking for the weak stomach!

Flipping through the recipes, I came across a few that my grandmother used to make, such as migliaccio di romagna - known to us as sanguinaccio; and tortelli di ceci - referred to by my parents as Panzerotti.  My mother still makes these sweet morsels as they are a favourite.


Panzerotti is a sweet that was traditionally prepared around Lent.  A puree of chickpeas (ceci) is used as a filling, flavoured with vino cotto (wine must), sugar, liquor of choice and chocolate.  You would not know that the base ingredient was chickpeas due to the added flavours.  The pastry casing is sweet and made in the same manner as you would pasta sheets.  My mother would sometimes substitute the chickpeas with chestnuts, but as this is another favourite dish of my father, it appears at every festive season using chickpeas all year round.

When we lived in Domodossola, in the north of Italy we would go chestnut picking during autumn nella Val Vigezza - Santa Maria Maggiore.  The chestnut season was a family favourite. My childhood memories comprise of family picnics and days spent gathering chestnuts from the ground with my sister and placing them in our little baskets.  Due to the abundance of chestnuts gathered,  my mother would use them in place of the ceci.

Filling:
Artusi's recipe in the book talks in detail about the preparation of the puree, and the importance of using dried chickpeas, soaking and cooking them to achieve a dry and dense puree.  He would flavour the filling with sugar, cinnamon and mostarda (which is a chutney of grapes, apple and pear).  My mother's recipe substituted the mostarda with vino cotto and liquor, making the filling less fruity and denser and to my father's preferred taste.

Pastry:
Now to the pastry that encloses the filling. Panzerotti is an italian southern dialect word meaning 'tummy' due to its filled appearance.  In Basilicata, they are also known as calzoncelli. They can be baked; however, these sweets are shallow fried adding more flavour and calories!

Please note that this is Artusi's recipe for the pastry, my mother would use her own measuring system that being ‘al occhio’ (meaning - roughly these quantities) 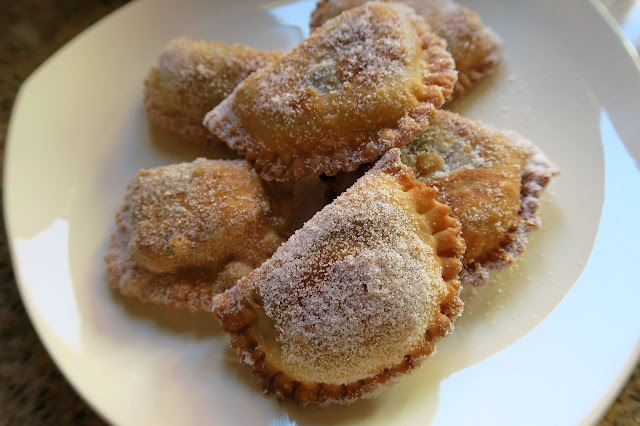 Prepare the pastry as you would when making pasta using a pasta machine, fill using a tablespoon depending on the size (try to get two morsels worth) fold the pastry over and cut into half circle shapes using a rotary cutter. Press the edges firmly and shallow fry until a light golden brown. Place on kitchen paper to soak the excess oil and coat with caster sugar. 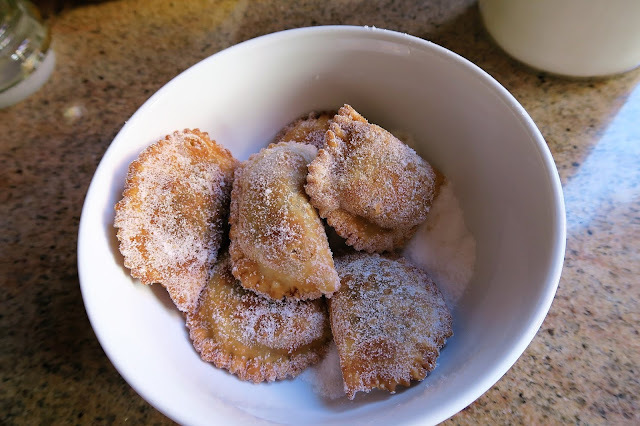 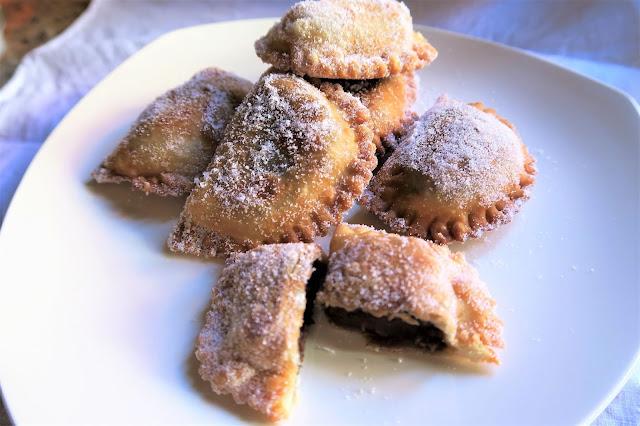