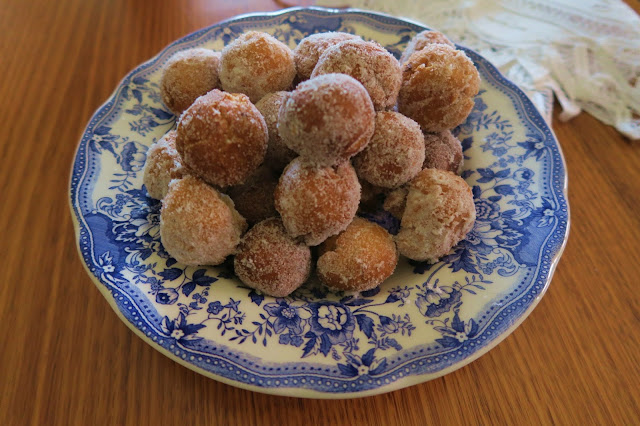 Reconnecting with my extended family in Italy and documenting old photos along with their untold stories, and of course their related traditional recipes will be high on the agenda for 2015.  I don't have many photos of my years spent in Italy, but this one would have to be my favourite of my sister and I, taken in my birth town - Domodossola.  Every significant memory remains very dear to me and it has given me a longing to share its beauty and local cuisine.

Social media has prompted me to touch base with my relatives in Italy and share our interests. One cousin in particular who lives in the north of Italy near Venice has been very kind to send me his beautiful photographs taken on his return visits to particular regions of Italy.  One of those regions includes Piemonte and the city of Domodossola, where I was born and lived for 3 years before our family moved to the south of Italy. This is where my cousin Vincenzo and his family also lived for a period of time before settling in Mestre - Venezia.

Piemonte is located in the far north of Italy with the Alps forming a border with France and Switzerland.  The hills filled with chestnut trees were our playground, and mountains close by formed the landscape seen from our home. The photograph below is Monte Calvario, where we lived when my parents and sister first migrated from the south of Italy to Domodossola.  Our autumn weekends were spent frolicking for chestnuts, wild mushrooms and berries.  We were very fortunate to have this abundance of food literally at our door step.


Many recipes from this region have remained in our family.  My mother would often cook offal which is typical of the Piemontese cuisine. I grew up eating fegatini di pollo (chicken livers).  They would be used in dishes such as risotto con fegatini , and fegatini fritti con cipolla (liver fried with onion), dishes that were often cooked by my mother long after we migrated to Australia.  She would also make me her own freshly ground raw steak and serve it with a drizzle of lemon and olive oil, known as insalata di carne cruda. Piemonte is also renowned for its sweets such as marrons glace`s (candied chestnuts), giandujotti - chocolates combined with the local hazelnuts and of course zabaglione.  Zabaglione was on the breakfast table for me every morning, and as I got older my mother would add a small amount of Marsala or coffee to the sweet egg mixture.

Another traditional sweet that my mother would often make are le castagnole di carnevale, whose name derives from the word castagne (chestnuts) due to their size.  These little morsels are traditionally made around il carnevale and according to Pellegrino Artusi they are not a ‘sophisticated sweet’, but one that is quite delicious and addictive. 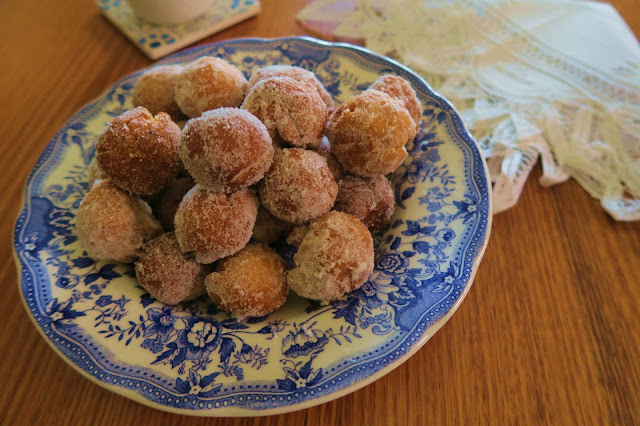 In a large bowl, and using an electric mixer, beat eggs with sugar and then add the melted butter, lemon rind and vanilla extract. Continue beating until all ingredients are well combined.  In a separate bowl, the sift flour, baking powder, salt and combine. Slowly add the flour to the egg mixture and stir with a wooden spoon until you have dense dough. Transfer the dough to a floured board and knead it until smooth.  Roll walnut size pieces into balls using your hands.  The quantity should make approximately 25 balls.

Using a small saucepan, half fill with oil and heat the oil over medium heat at a temperature that is ready for deep-frying.  Carefully lower 5 balls at a time, avoiding overcrowding.  Turn the castagnole once or twice, cooking until golden and puffed up. Using a slotted spoon, remove and place on absorbent paper.  You may need to test one and reduce the heat if it hasn’t cooked right through.   Once cooled, toss in a plate with sugar, coating lavishly and place in a serving dish. Many a times these sweets didn't make it to the serving dish, known to be eaten while sugar coating them, as this was a task given to us as children. 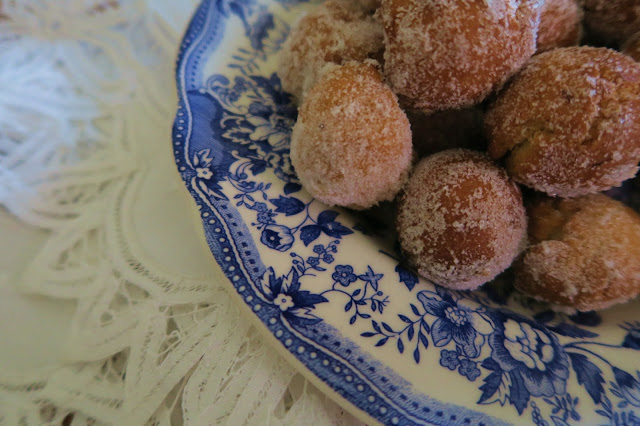 Il Carnevale (Carnival) is a festive season, and the last indulging celebration before Lent begins on Ash Wednesday, forty days before Easter.  Many also know it as Mardi Gras or Martedi` Grasso.  It is a festival of dancing, festivities and food that lasts 28 nights before the arrival of Lent. In every Italian city during the time of Carnevale, adults and children dress up in costumes, and parade down the streets.  There are different sfilate (parades) in each Italian town; some more elaborate than others but always a joyous time marked by the colourful masks, vibrant atmosphere and laughter. Children throw coloured coriandoli (paper confetti) and it is that time of the year when you should expect to be the victim of practical jokes.

Il Carnevale in Domodossola is one that I have some vague recollections of as it was seen through the eyes of a 3 year old.  I do remember colourful characters coming to life in Piazza del Mercato (photo below), weaving through these arches around me and lots of allegria (happiness). My sister, who was older than I, was dressed by my mother in a costume representing Colombina.

These memories have become more vivid with the help of the beautiful images taken by my cousin Vincenzo and I am very grateful for being able to use them.  They have sparked much discussion with my parents and sister and I will add that they have created a longing to one day return.
Arrivederci my beautiful Domodossola...one day I shall return.