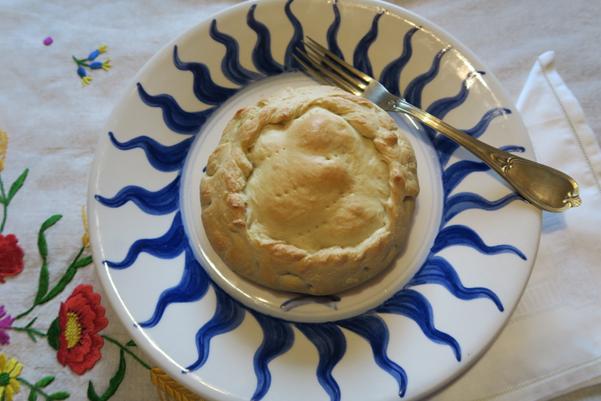 The Sicilian cuisine has a long tradition for being full of flavours which were brought to Sicily by the many people that crossed this beautiful land: the Spanish, Arabs, Africans, to name a few. Today we can enjoy many dishes that have hints of these cultures but that have been perfected by Sicilians.

I married into a Sicilian family, so you can imagine the delights served up at family gatherings.  Not only are they great pasticcieri (biscuit makers) but  their Sicilian pies are to die for and a specialty of my mother in law.  They are referred to as Scacce which is plural for Scaccia (sciacciata, italian for flat bread) made with a thin bread dough folded onto itself after been filled with seasonal goodness - very similar to a Calzone but larger.  These hearty pies can be filled in different ways, depending on taste, season and which town in Sicily you are from.  Other regions in Sicily call them 'mpanata which comes from the Spanish word empanada a derivative from the word mpanar, which means to wrap or coat with bread.

My father in law was from Palazzolo Acreide, provincia Siracusa and my mother in law from Vittoria, provincia Ragusa.  Both regions sit close to each other at the south eastern point of Sicily.  Each province is distinctly re-nound for their cuisine and various crafts. My mother in law and her sisters learnt the art of embroidery which is a unique craft in Ragusa, first adopted during the Arab rule in Sicily.  The towns women are known to still create intricate embroideries today.


Although their traditional dishes are dissimilar, the customs of these two regions have intertwined in this family.  I strongly believe though, that my mother in law with her two sisters living with her had a huge influence on which regional cuisine ruled in the household.

Every Easter vigil it is a tradition in my husbands family to gather and eat wholesome scacce filled with a variety of ingredients.  Scacce filled with agnieddu (dialect for lamb) with peas,onions and sun dried tomatoes; or my husband's favourite - ricotta, spring onions and home made salsiccia, and one of my favourite - broccoli, garlic, sun dried tomatoes and black dried olives...just to name a few!  My mother in law would occasionally add in one of her favourites - spinach and saltanas. This is an unusual combination of flavours which we believe comes from the Arabic influence.

With the passing of my in laws, the tradition of eating scacce on the eve of Easter has been kept alive by my sister in law.  The lamb scaccia with peas and sundried tomatoes is traditional for this period of time, with the  lamb symbolizing spring (in Italy) and when Lent ends and meat is re introduced to the table.  Other fillings would also be made to please the whole family.  Any leftovers would be packaged and sent home for next day lunches with much pleasure.

I have attempted to make these on a few occasions, but never managed to make them quite like a true Sicilian, so I offered to lend a hand and learn the art of making scacce and document this tradition. I find the most difficult part is the making of the pastry - a bread dough that is double risen, but doesn't rise any more when baked.  The crust remains thin and absorbent enough to catch all the juices of the filling.  The lamb pies are always made round, and small enough for individual servings -  being the 'main meal'; while the others are made as half moons or oblong and sliced for sharing... if you can manage to fit in any more! 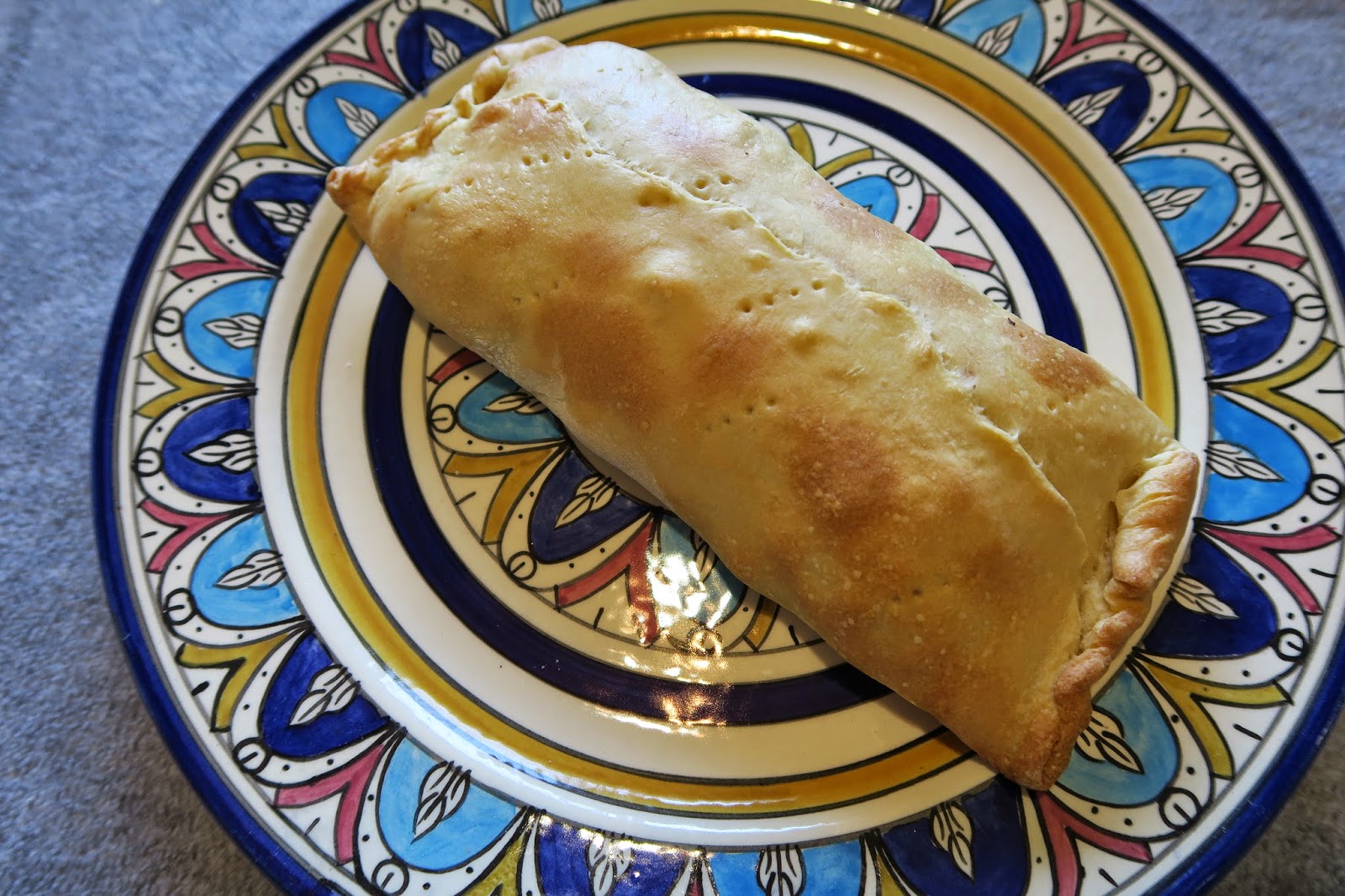 These pies make great picnic lunches ideal for La Pasquetta (little Easter) which is an Italian spring time tradition that is considered the encore to Easter Sunday and turned into an Italian public holiday. In Australia it is celebrated on Easter Monday, the last opportunity to squeeze in a family picnic before the cold weather sets in. La Pasquetta luncheon is typically comprised of food left over from the previous day with the addition of other dishes.  I am sure you all know what I will eating on this beautiful Easter Monday. 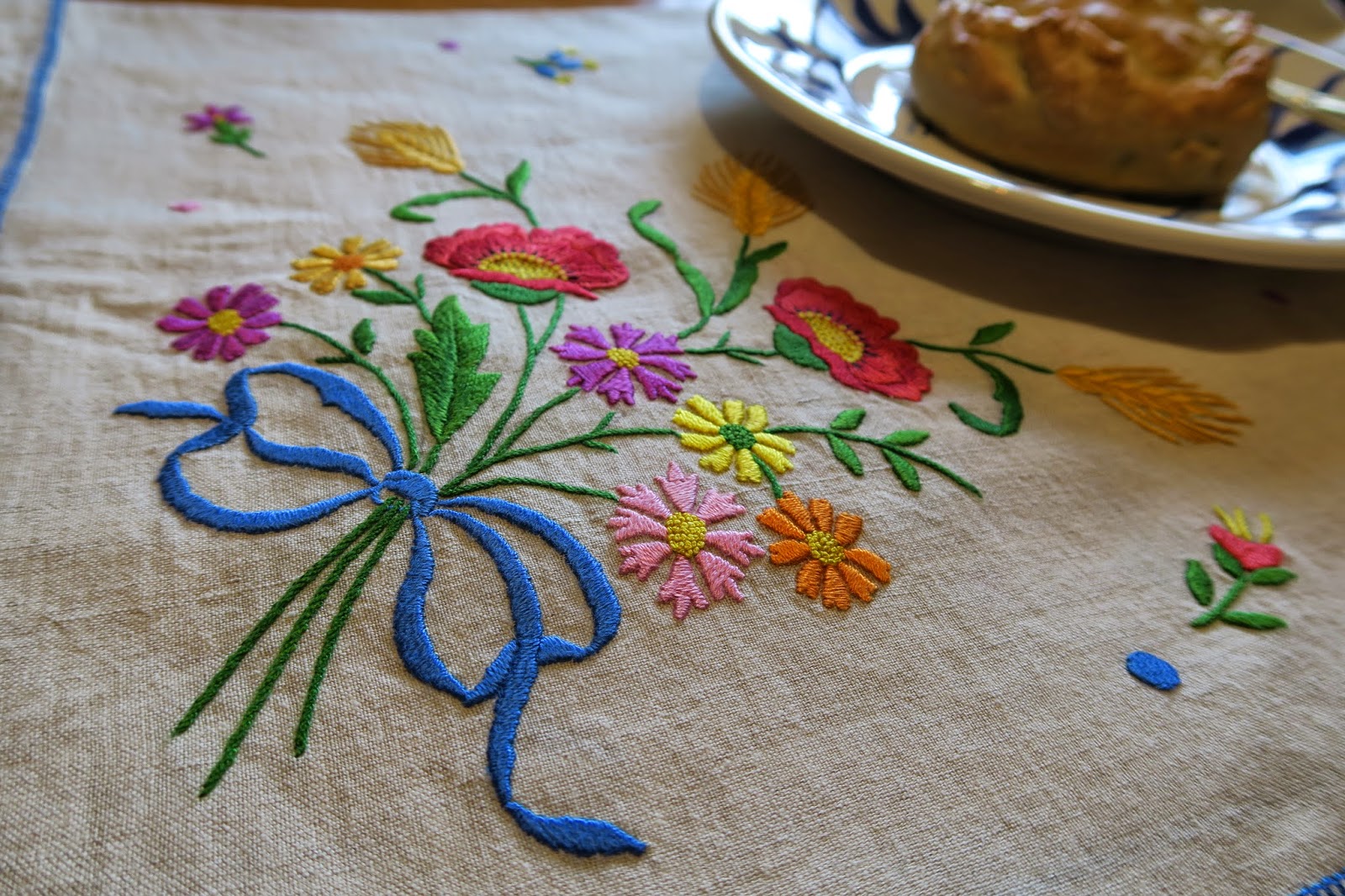 Bread Dough Pastry
Quantities will depend on how many scacce you will be making. This allows for 8 medium sized scacce.

Place flour in a bowl.  In a cup of tepid water, mix yeast and one teaspoon of sugar and allow the yeast to activate. Pour into flour with olive oil and salt and mix with a wooden spoon to bring the dough together.  Transfer to a floured work surface and knead until the dough is smooth.  Alternatively you can complete this step using a stand mixer with a dough hook attachment.  Transfer the dough to a bowl, cover with lid and allow to rest for 20 minutes.  Divide the dough into 8 balls and cover those that you are not kneading with a clean tea towel and knead a further 5 minutes each ball. Cover and allow them to rest for another 20 minutes.

Preheat oven to 210 C (410 F) and line 2 trays with baking paper.  Roll out each ball to a 20 cm diameter disk.  Fill one side of the circle with your favourite filling.  Moisten edge with milk or water and fold over the dough.  Pinch the edges with your fingers and fold as you move around the half circle.  Alternatively you can use a fork to press down the edges so that the scacce are fully sealed.  Brush each scaccia with some milk before baking.