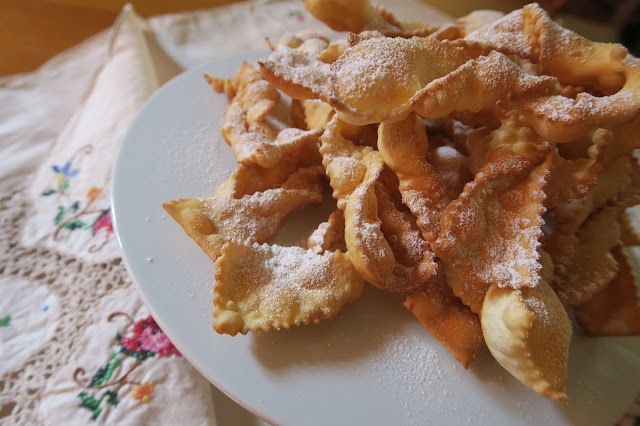 This table cloth is an heirloom from my nonna Carmela, my maternal grandmother and so is this recipe of her chiacchiere. In our family this flakey, fried deliciousness known by many other names such as crostoli, cenci or bugie to name a few, are simply referred to by my family as le chiacchiere or crispelle.


These sweets are generally made around Carnevale or Christmas time, but since moving to Australia and to keep these dishes and recipes alive, my mother would often make them when a special occasion occurred such as birthdays and other festivities. 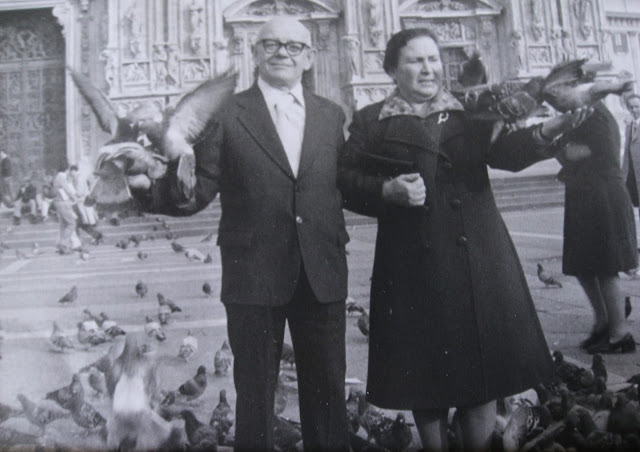 When my grandparents migrated to Australia from Montemurro - a small paese (township) in the province of Potenza after the 1980's earthquake, they commented on how fortunate we were living in Australia and how every day seemed like Christmas.  Often my grandparents would recount their hardships, but even so, had always ensured that their five daughters would experience the joys of festivities through sweets such as these.

Lightly beat the eggs, oil (or melted butter) and brandy in a separate bowl and then add to the dry ingredients mixing well until combined.

Knead mixture on a lightly dusted board until dough is smooth.  Cover dough with cling wrap and allow to rest for half an hour.

Cut dough into manageable pieces (quarters) and using a pasta machine, or alternatively using a rolling pin like my grandmother used to, roll out to 2mm thickness.

Using a serrated pastry wheel, cut long strips, pinch strips as shown below. Rotate and pinch until a flower is formed. 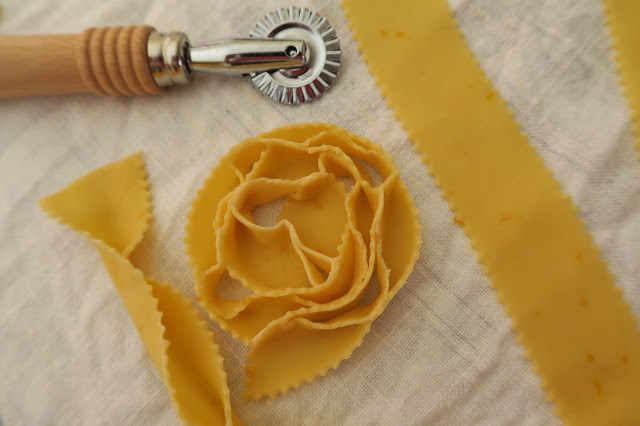 Mamma also makes the following shapes which look like bows.  Cut a slit in the middle of a wide strip and fold though itself as shown below. 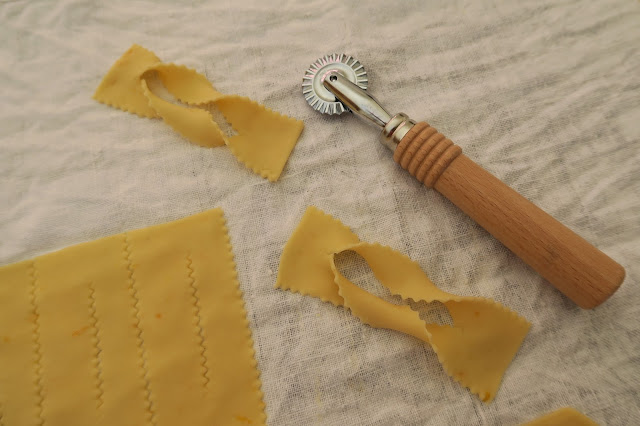 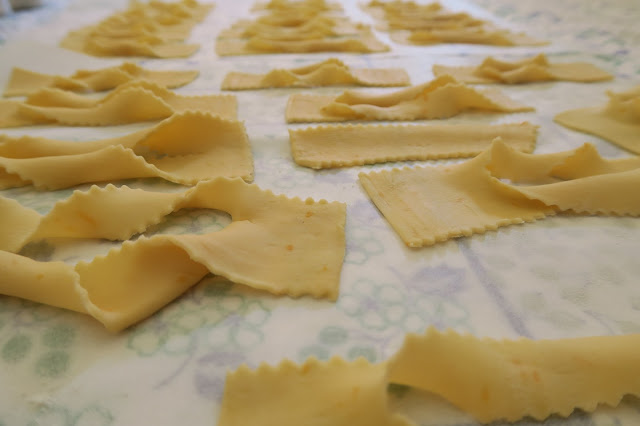 Heat vegetable oil in a small pot to 170 degrees.  Try not to over crowd the pot and only place 2 or 3 at a time, depending on the shape of the crispelle and size of your pot.  Fry until a light golden colour.

Remove from oil and place on paper towel.  Once all cooked, transfer to serving dish and dust with icing sugar. 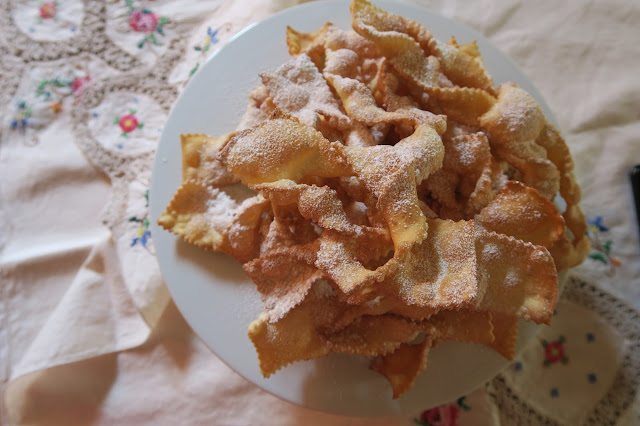 The flower shaped chiacchiere can also be drizzled with honey or vin cotto which is a reduced wine must.  When cooked in vin cotto after they have been fried, they are known as cartellate. 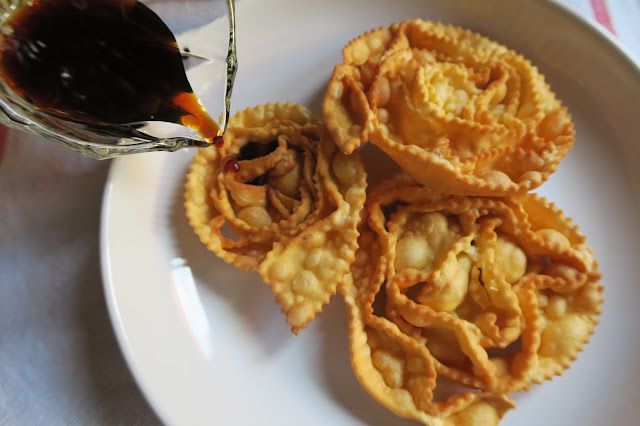 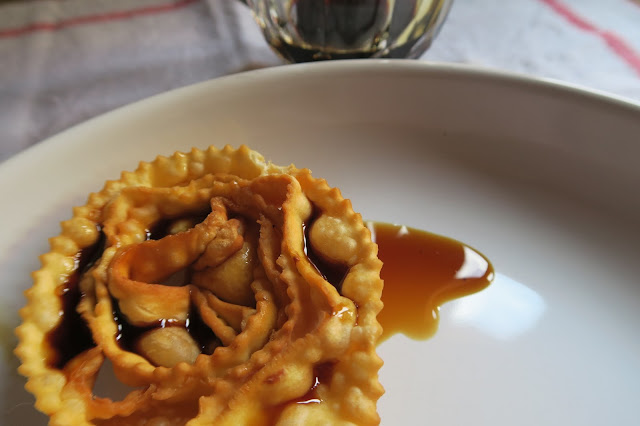