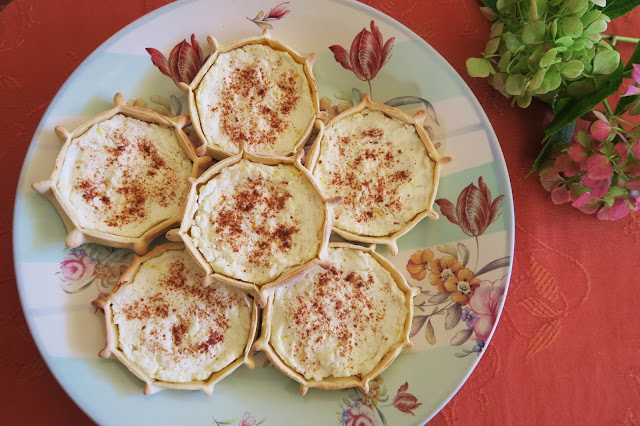 Cassatelle are typical Sicilian pastries filled with lemon scented ricotta, and also known as cassateddi in Sicilian dialect.  The name derives from the word cassata, and by adding the diminutive suffix ‘ella’ you get the word cassatella, a smaller individual serving. An assortment of these pastries can be found in different regions of Sicily and are considered traditional deserts for the Carnevale and Easter period. In researching this topic, I become enthralled by the history behind the most complex of cassate from Palermo through to these more simple-to-make pastries from Siracusa, and therefore could not help but share some of its history with you.

Sicily is known as the sweets centre of Italy, and it appears that the most colourful and famous cassata siciliana in all its glory, is one of the reasons.  It is believed to have originated in Palermo, made with sheep’s milk ricotta – at its richest and herbaceous during Spring; and containing other ingredients prevalent to the area such as pistachios and citrus.  The torte originally made in pre-Roman times was connected to the Spring Equinox, however, less opulent in appearance and ingredients. It was made only with ricotta covered in honey and fruits and offered to the earth goddess to secure fertility and the blessing to the Spring sowing.

Today the cassata in all its splendour is a classic Sicilian Easter desert whose components reflect some of the layers of cultural influences in Sicily's history. The use of the pan di Spagna (sponge cake), as its name suggests is believed to have been brought to the island by the Spanish.  The sponge cake is moistened with liqueur, layered with ricotta cheese, chocolate bits, candied fruits and then covered with a shell of green and white icing made from marzipan. The formed cassata is further embellished with decorative designs and more candied fruits. Fabrizia Lanza who runs the Anna Tasca Lanza Cooking School in Sicily, has a lovely recipe for this cassata, and provides a step by step written and visual guide on how to make it.


There are many sources that link cassata with the Arab invasion of Sicily in the 10th century. Mary Taylor Simeti, Sicily-based food writer and author of Sicilian Food, writes that the name cassata derives from the Arabic qas'ah, which is the steep-sided bowl traditionally used to mould the torte.  Simeti goes on to say that cassata as we know it today was born of a fascination with sugar, which took hold in Sicily after the Arabs arrived to the island. The candying of the citrus rind was therefore a technique taught to the Sicilians during this period of time which merged with the pastry-making that was occurring in convents.

History tells that nuns baked elaborate and labour-intensive pastries from ancient recipes and sold them to the public in order to support themselves.  Recipes were trade secrets and the nuns’ baking production was often seasonal or timed to a religious holiday, making these pastries sought after. According to historian Clifford Wright in A Mediterranean Feast, “cassata was so delicious and seductive that as late as 1574, the Diocese of Mazara del Vallo had to prohibit its making at the monastery during the Holy Week because the nuns preferred to bake and eat, rather than pray.”

The other famous cassate from Sicily and this time from the province of Catania would be the cassatelle di sant’agata – colloquially named minni di vergini (virgin breasts due to their shape). These are made for the festival of their patron Saint Agatha.  Essentially a mini version of the classic cassata siciliana, the ingredients of these pastries today also recall Sicily’s Arab heritage via the use of marzipan and  a single candied cherry on top.  Fellow blogger  Marialuisa has a lovely recount of this on her blog - Marmellata di Cipolle, and shares a recipe for these personal serving size sweets.

Moving down to the south-eastern side of Sicily in both the Siracusa and Ragusa regions where my in laws were from, cassatelle, also referred to in dialect as cassateddi, take on a different form and are a simple recipe to prepare and enjoy for the Easter period or throughout the year. They are made using a thin delicate pastry filled with lemon scented ricotta and a final dusting of cinnamon.  In our Sicilian household, my mother in law would make both the baked and fried version.  She would call the baked ones cassatelle and the fried version cassateddi, so as to differentiate between the two. In Ragusa, pieces of chocolate are added to the ricotta filling, an element passed down from the traditional cassata siciliana.  They are formed like a panzerotto (half-moon), fried and then dusted with sugar.

For this months Cucina Conversations Easter edition, I'll put forward both these simple pastries for you to try as they are equally quite delicious in their own right and enjoyed with a coffee. The ingredients for the pastry and filling for both versions are exactly the same, so I will present you with the two methods for you to follow.

Cassatelle Siciliane
Makes about 24
These pastries should be eaten on the day they are baked or fried as the moisture from the ricotta will render them soft, causing the pastry to lose its crispness; so it is recommended that they are cooked closer to the time of serving and are delicious served warm. 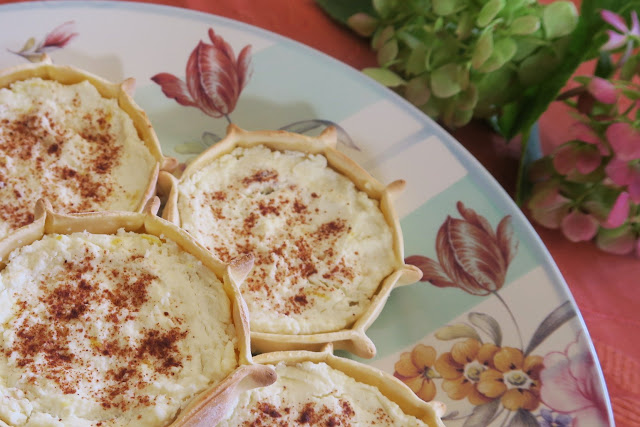 For the pastry, you can use a food processor and add the following ingredients together, or create a flour well on a board and add the beaten eggs, olive oil, sugar and white wine in the centre. Slowly bring the flour to the centre with your finger tips and mix until combined. If the mixture is too dry, add more white wine and knead until smooth. Transfer the dough to a bowl, cover and allow to rest for 30 minutes.

For the filling, ensure the ricotta is well drained and combine with finely grated lemon rind and caster sugar in a bowl, stirring with a fork until smooth or alternatively combine the ingredients in a food processor. Taste filling for desired sweetness and add more sugar if required.

I use my pasta machine to roll out the dough like lasagne sheets. Cut the dough into manageable pieces, flatten with hand and pass through the pasta machine at its widest setting. Fold in half and put the dough through again. Repeat this about 10 times to achieve a smooth pastry sheet. Now roll the sheet through on the third last notch to achieve approximately a 2 mm in thickness pastry sheet. Place the sheet on a lightly floured work surface and repeat the process with the remaining dough.

Cut circles in the pastry sheet using a cookie cutter or small saucer of approximately 8 to 9 cm in diameter. Roll the scraps of pastry through the pasta machine and cut more circles to make more cassatelle.

Baked Cassatelle:
To form the casings for the baked cassatelle, raise 1 cm of the edge and pinch the dough together with your index finger and thumb. Move around the diameter of the circle pinching as you go until you have a round casing with a raised edge.

Fill each casings with enough ricotta and smooth the top with the back of the spoon. Dust with cinnamon and place them on a lined tray. Bake for 15 minutes in oven set at 180 C until lightly golden and serve warm.

Fried Cassatelle:
For the fried cassatelle, spoon a tablespoon of ricotta filling onto one side of each circle and lightly run your finger dipped in some water around the rim. Fold the circle of pastry in half enclosing the ricotta and gently press down to seal. Ensure there are no air pockets and that the mixture does not escape.

Place enough oil in a small saucepan to allow the cassatelle to float when frying.  Begin to heat the oil, testing the temperature by adding a small piece of pastry - when it bubbles and begins to brown, scoop it out and turn the heat down to low.  Fry 2 cassatelle at a time, turning them over as the sides become puffed and golden. Remove from the oil and place on paper towel to drain and repeat the process with the remaining cassatelle. Dust them with castor sugar and serve while warm. 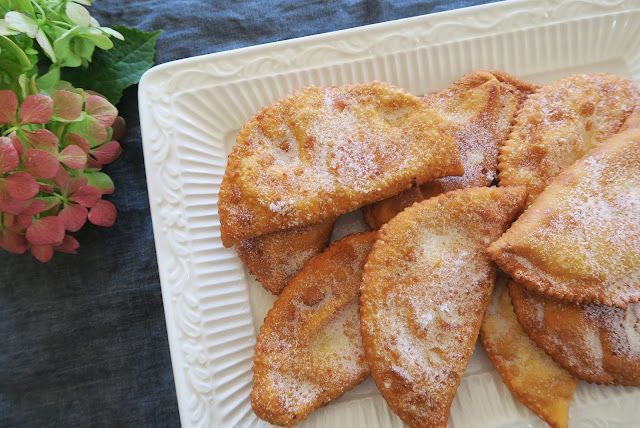 Don't forget to read my Cucina Conversations fellow bloggers recipes that I have linked you to below. They have put together some amazing recipe ideas for your Easter feast, ranging from mains to deserts. I'm now off to try my hand at making the traditional cassata siciliana.

Wishing you all a lovely Easter - Buona Pasqua a tutti!